In 1994 a group of concerned citizens in Davis County, UT took action to address the disturbing trend of violence against women they’d noticed in their community. They formed the Davis Citizens’ Coalition Against Violence and the grassroots movement became a 501(c)3 organization and raised the funds to build the Domestic Violence Shelter in Davis County now known as Safe Harbor Crisis Center.

Safe Harbor Crisis Center opened its doors in 1997 and served more than 300 adults and children in the first year of operation.

Since its inception, Safe Harbor has become a beacon in the community to families in crisis. Services have expanded from providing emergency shelter for domestic violence survivors to include safe housing, outreach, sexual assault services, protective order assistance, and many other essential services to help survivors achieve a life free of violence.

Safe Harbor Crisis Center is the first and ONLY domestic violence and rape crisis center in Davis County, UT. Safe Harbor’s services are provided by professional staff, both paid and volunteer, many of whom are licensed social workers and bilingual. All services are free and confidential.

Initiated our Diversity Program, which offers bilingual, culturally competent services to underserved multicultural individuals experiencing domestic violence. In 2016, we expanded this program to include an additional full-time staff member.

Safe Harbor and Woods Cross Police Department partnered to implement the Lethality Assessment Protocol (LAP), an evidence-based assessment protocol proven to save lives, improve prosecution rates and decrease domestic violence related homicides in over 30 states. In 2014, Safe Harbor served as one of the four pilot sites for broader implementation of the Lethality Assessment Protocol with three police departments. As of 2018, twelve law enforcement partners are involved. 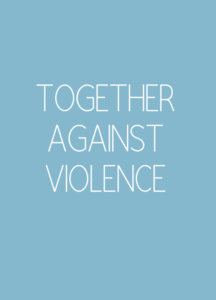 With the safety and wellbeing of survivors, staff and our community in mind, we have closed our Lifeline Community Center to in-person services as a precautionary measure against the COVID-19. However, Safe Harbor remains committed to providing critical services; even though our physical office spaces remain closed, our advocates, therapists, and support staff continue to serve remotely.

If your home is not safe, our hotlines are available 24/7